We have investigated and find that Aussie Formula(aussieformula.com) is a Scam. In this review we expose this bogus software. The evidence in this Aussie Formula review will prove to you that none of the promises made on the website are to be believed and we have gathered enough strong evidence to expose the Aussie Formula App as a scam.

According to their website, Jake Wilson has created some unique trading software that can generate up to $700 /day in profits from trading. He promises that he will explain the Aussie Formula system to you and get you started. If you trust what the scam website says, following this system guarantees you to make thousands of $$$ in profits. What you get when you sign up for the Aussie Formula Software is access to special trading signals. These shows you what trades will make the best profits. Before you can get started, you will be required to fund your trading account. You do this through the Aussie Method website and must deposit at least $250, which will be used for your trades. Then you decide how much money to put into your daily trades and with a few clicks all your trading will be done automatically by the Aussie Formula trading App.

Why Aussie Formula is a Scam?

Jake Wilson challenges you with a promise that he personally will pay you $10,000 if you fail to earn “hundreds of thousands” of dollars in your first 30 days of receiving Aussie Formula signals. He guarantees that following his guidance you will make so much money that you could be a millionaire within weeks!

In this part of this Aussie Formula review we will show you everything we have uncovered about this scam. We have found lies, faked credentials and false testimonials. We have plenty of evidence to present in this review, and we have spotted a number of warnings signs that the Aussie Formula has been set up deliberately to mislead people into parting with their money.

Jake Wilson of the Aussie Method System is a Fake Actor

The image of “Jake Wilson” on the Aussie formula website is a fake. The exact same picture appears on several different scam websites. On one he is Canadian, another one he is British and each time the name has been changed. His voice in the video on each site changes according to the nationality he is supposed to be. Then there are people in the scam Aussie Method video who show you their accounts, each revealing that they have a total of more than half a million dollars in their fake account. These people are actors who hire themselves out on Fiverr.com for a few dollars and some of them have already appeared in many promotional videos. We can see from the background to their webcam footage that none of them are living in luxury, yet we are expected to believe they are making huge amounts of money with the Aussie Formula System!

It is easy to see that the screenshots of the trading accounts showing regular withdrawals of hundreds of thousands of dollars are not actual accounts belonging to the people who appear in the Aussie Formula video. The personal bank account of Jake Wilson is also shown on the video, with a balance of $12million. This proves nothing, and common sense tells us that a millionaire would never leave such a large amount in a regular bank account, when it could be earning a lot of interest or be invested in something that will increase in value. In the AussieFormula.com video, Jake Wilson says that his system is available by secret invitation only. This is a plain lie because we were able to access it for this review, without having had an invitation to join.

Insights from this scam

The Aussie Formula Software is Not Free – Less Win Rate

The Aussie Formula scam is also misleading in stating that it is 100% free to try out the system, claiming that it will not cost you a cent and no-one will ask you for your money. It is free to register and to use the Aussie Method App, but of course you can’t do anything without first funding a trading account with a broker assigned to you by the website. Any money you deposit there can only be used for trades and is not refundable.

The offer of $10,000 if you fail to make hundreds of thousands of dollars from the system in thirty days is very dubious. We have seen comments online from people using this signals App and are losing more than they win, but they have wisely given up following the system rather than lose money over 30 days. The creators of the Aussie Formula scam do not give any details about how to claim the $10,000 and we doubt that they will pay out to any of their members who lose money when trading.

Fake testimonials also feature on the Aussie Formula website. Many of them are screenshots of private messages, so there is no way of knowing if any of them are authentic. Then there are social media messages apparently send by users that do not exist. In our research for this review we checked with Twitter and can confirm that tweets were never sent. The Twitter account @aussieformula, which appears in the fake tweets, does not exist. There is no information available about what is so special about trading system or what data it is based on. The claim that it is unique is not backed up by any details of how it differs from any other trading software.

Conclusion :- The Aussie Formula by Jake Wilson is Confirmed Scam !!

The Aussie Formula website is identical to several other scam trading systems that use the same lies, identical images, fake testimonials and false information. We can assure you in this review that there is no such person as Jake Wilson, so there is no way that you can expect to claim $10,000 from him when the Aussie Formula signals let you down. The conclusion of this review is that anyone who has received a “secret” invitation to join the Aussie Formula, or seen it recommended by someone promoting the scam, should not be tempted to try it. We do not want people to lose their money by taking up a fake free offer. Always watch our scam review before your sign up with any of such systems.

Also, leave us a comment below if you want us to review any particular wbsite if you have doubt about it.

Trade With A Fully Regulated Broker 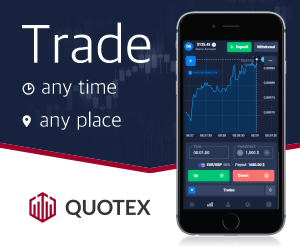